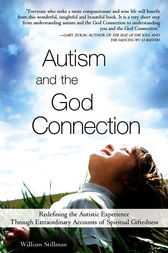 Neither Louisa Rhine’s files of anecdotal reports sent to her by the lay public nor the scientific parapsychological literature to date reports more than just few anecdotal reports regarding this population. Consequently, the reader is given an interesting and unique window into children’s experiences by a special population. In fact the author states that his purpose for pursuing this topic “is to enlighten others about a unique and glorious facet of the autistic experience” (p. 12), as well as to shatter “myths and stereotypes about such experiences being a product of intellectual impairment or mental illness” (p. 12).

The author categorizes himself as having autism, specifically Asperger’s Syndrome, which is at the higher end of the autism spectrum. Such individuals often have high intelligence and good verbal skills, but also experience learning disabilities, gross and/or fine motor difficulties, along with social and behavioral difficulties. Autism as the author defines it is “a neurological difference in how the brain is ‘wired’ “ (p.1). There is no definitive cause for autism, although genetic and environmental factors come into play. Autism affects the ability to communicate, effectively and understandably, with pervasive developmental delays across physical, emotional and social realms (p.2). At the lower end of the autism spectrum, intellectual ability and the ability to communicate verbally is significantly impaired, along with significant physical impairment necessitating use of a wheelchair. These children require the use of special communication boards to help facilitate contact.

Mr. Stillman chronicles his experiences growing up with Asperger’s, and the ensuing social/relational difficulties he encountered that resulted in significant emotional trauma for him. But he also chronicles the successes he has had in spite of his difficulties. He has been able to use his experiences to consult and help others with autism along with professional educators trying to sensitize them to the needs of those they work with.

The author also allows us to share in his journey and experiences with the spiritual side of his life, as well as the spiritual/psychic experiences of other children and adults with autism and Asperger’s. His empathic understanding of others with autism and his compassion and caring makes this a special book. The reader sees and feels the experiences of the autistic children presented through the eyes of the author and direct quotes by the children. He gives us an opportunity to better understand autism along with the spiritual/psychic experiences both he and they encounter.

As a consultant specializing in counseling “teams challenged in understanding those with different ways of being, including autism” (p. 6), Mr. Stillman recounts many anecdotal personal stories of psychic experiences from others encountered over the years, as well as personally experienced by himself. It is here that the book becomes relevant for those interested in parapsychological phenomena. That is when “Autism and the God Connection” comes alive and captivates the reader. The categories of the psychic experiences that are reported in this book include telepathy, precognition, visions of grandparents and other loved ones who have passed away, and even angels, and an unspoken bond with animals (p. 6-7).

For example, Brenda, who has mild autism, had this experience at age 12, reported by her mother. Brenda and her family were on a friend’s boat to watch fireworks. Her mother reported:

Suddenly, Brenda got upset and told Bill, the captain, “Move back .”

She continued saying it until he moved far enough back to suit her. She Finally, she yelled at him, “Move back now.” He unhappily complied to keep her calm. Needless to say, we were all amazed that the fire works show never went off because there was a misfiring with the first rocket and a fire flashed horizontally on the deck sending debris right near where we originally had been. In addition to my family, there were five other people on the boat who witnessed that”. (p. 90)

Or Boone, a gifted five-year-old boy with autism whose mother reported that six months prior to the terrorist events of September 11, 2001, her son drew a series of over one hundred clocks. Each clock was set to the time 9:11. He also drew a ball of fire in the sky over a wooded area, and “smoke billowing from tall buildings with many windows” (p. 91). Boone’s mother also reported other premonitions her son has had, such as when the family was traveling to Atlanta from their suburb of Albany, Georgia. Her son began having a fit, crying and insisting his mother stop. Although they had only traveled an hour, the mother decided to stop for lunch at a McDonald’s and stayed for forty-five minutes. Once back on the road, barely an exit later, they came upon a huge accident involving many badly damaged cars. Boone’s mother felt strongly had she not listened to her son and stopped, they would have been in the middle of the accident.

In trying to comprehend why those in the autistic community might be able to display such abilities, the author considers “this ‘higher-vibration’ capacity of the senses” that is “consistent with the acute, often over-whelming autistic sensitivities to sight, smell, taste, touch, and hearing” (p. 7). He makes clear that he does not imply that every person with autism is psychic or has “multisensory abilities” (p.9), but that there appears to be quite a few who share this common thread. And indeed, there is extensive research by Dr. W.G. Roll on Recurrent Spontaneous Psychokinesis (RSPK) exhibited by adolescents, that seems to occur at that developmental time due to shifting hormonal and emotional states that makes them more vulnerable and open to their psychokinetic energy. And perhaps those with autism have a certain unquestioning openness to such phenomena, that young children also have, that allows them to experience and accept psychic occurrences more readily. This writer has received a few anecdotal psychic reports from parents of young adults with Down Syndrome. Down Syndrome, like autism, has a range of functioning, including lower intellectual ability and physical handicaps. The psychic experiences reported are those of being able to see and communicate with discarnate spirits, and these abilities are not due to any mental illness on the part of the young adult. Thus, it may be that those with certain conditions, such as autism or Down Syndrome, might exhibit a higher sensitivity to paranormal events, and may be a population worthy of some further study regarding their experiences.

This book is in no way a scientific study nor rigorously executed analysis of the anecdotes. Although, the author does refer to some research material, notably from the books of Dr. Raymond Moody, along with an extensive bibliography for the reader. But Mr. Stillman fully believes the reports he has accumulated along with his own personal experiences. He states “we have no reason to believe that their stories are not authentic”, and accepts them at face value (p.13). He does add “I realize that spiritual giftedness in people with autism is a delicate and controversial subject” (p.13). And indeed, there is no research available nor body of evidence that shows children or adults with autism are more psychically gifted than any other group in the population. While the book is not presented in a scientific manner, and it was not meant to be written as such, it is still a useful addition to the paranormal field. For it does offer us a body of anecdotes from a special, an understudied, population.

Dr. Louisa Rhine collected over 15,000 letters of anecdotal psychic experiences of adults during their life, as well as a much smaller percentage from children and adolescents. Her collection gave us insight into everyday occurrences of psychic experiences. Her large body of data, allowed for the scientific analyses of trends and classifications of experiences. Perhaps Mr. Stillman might consider continuing to gather reports of such spiritual and psychic experiences whereby he or others might be able to classify and analyze the material further for trends and differences compared to other populations. Thus, adding to the scientific body of parapsychology knowledge in general, but also knowledge that is specifically lacking on children and their psychic experiences. In the meantime, this book gives the reader valuable insight into the spiritual and psychic lives of autistic individuals.